Caribbean Rose would like to congratulate the Marquette Best Small Fry Basketball Team. They won the 2014 Small Fry Paradise Showdown. Jeremiah Washington was named the Most Valuable Player (MVP). The Sportsmanship Award went to Noah Trotman. He played for the Postive Guidance Basketball Team.

The team visited Walt Disney World and interacted with other players from the United States and Puerto Rico. The team gained invaluable game experience against some of the best talents in the game. The team worked hard over the last seven months. Learning game strategies and improved individual skills. Appreciation of the necessity of hard work, preparedness, and execution were instilled in each participant. With five returning players expected on next year’s squad, the coaching staff is confident and excited about the team’s prospects in 2015.​ 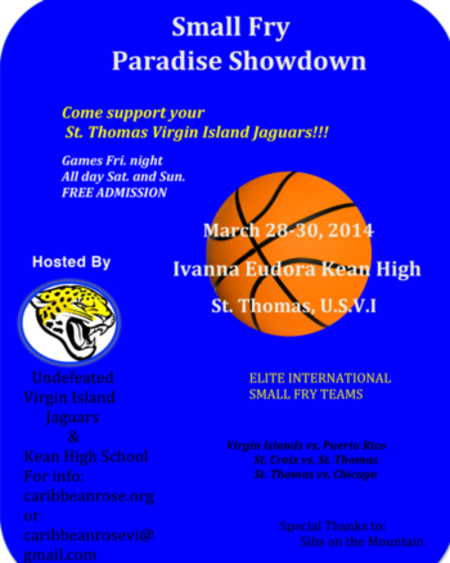 Caribbean Rose  would like to congratulate the V.I. Jaguars for winning the 2014 Puerto Rico Invitational. They walked away with an undefeated record of 4-0 which included the win in the championship game in overtime.