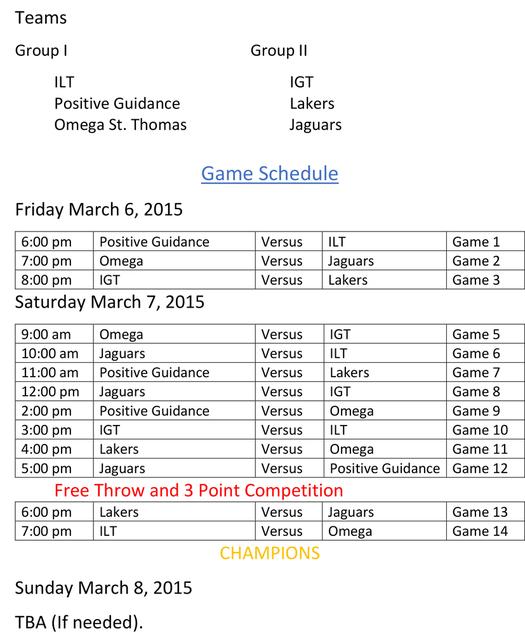 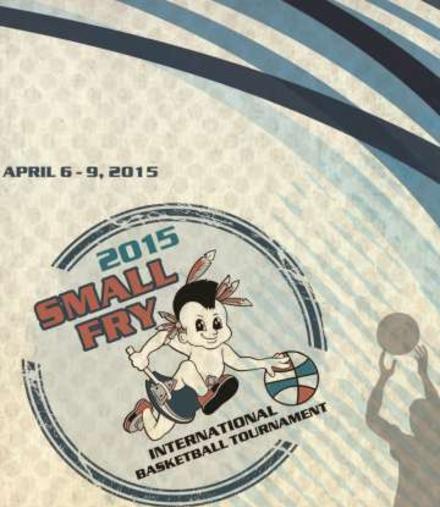 Below are pictures from the 2015 Small Fry International Tournament featuring the VI Jaguars of Saint Thomas, April 6, 2015

Ahijaa Sweeney of Positive Guidance earned the sportsmanship award. The tournament was hosted by Caribbean Rose. After the Jaguars lost to Positive Guidance on Friday, the Jaguars obtained revenge on their VI counterparts on Sunday, winning 37 - 17. Jahsief Benjamin scored 15 points. Jourdyn Rawlins scored 9 points for the VI Jaguars in the rematch. Marquette Best topped the Jaguars 40-34 in Saturday's featured game with Minors and Carion Weathers scored 14 points each.

De’Shamoi Greaves, for the Jaguars, had 12 points leading the way. In Friday’s game, Positive Guidance won over the Jaguars 37 - 31. Jahmai Jones, for Positive Guidance, was the leading scorer with 13 points. Ali Scored 13 points Saturday in a 53-32 win over Tortola. The other teams to compete over the weekend were Bertha C. Boschulte and Tortola.

In a unique crosstown title matchup, Ponce Constancia won its fourth championship with a 42-39 decision over Ponce Lomas, as Sebastian Lezcano hit a trio of threes to lead the way with 15 points. Fernando Gonzalez topped Lomas with 14 points.

The VI Jaguars upset the solo Pirates from Chicago, 48-43, in their first international tournament game. The Pirates were last year's champions.
The Jaguars lost to Ponce Lomas of Puerto Rico, who advanced to the championship. St. Thomas lost the game, 40-32, and lost to ABB from Puerto Rico, 63-59. In the seventh-place game, the Jaguars won the game with a 46-22 victory against Chicago Heights. Some of the younger players, such as Nekwante Sprauve and Khamani Olivacca, scored in the final game. Overall, team captain Jourdyn Rawlins scored 61 points and added 29 points, 20 steals, five blocked shots and 13 assists in the tournament.

The tournament featured teams from the US, Caribbean, and Columbia. Meanwhile, the Positive Guidance team from St. Croix did not advance to the international tournament but instead played in a consolation bracket. 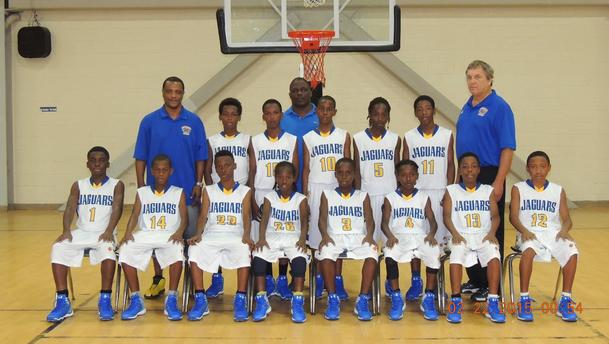 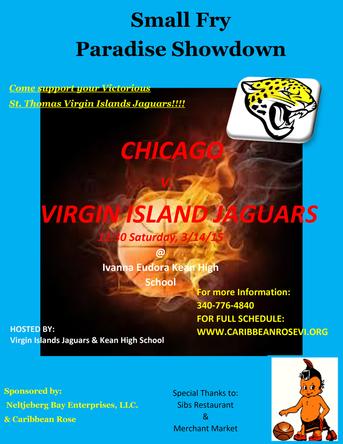 The VI Jaguars won the 2015 Positive Guidance Small Fry Tournament which was held at the St. Croix Central High School Gym. The Jaguars won all five of its games. In game one, Jourdyn Rawlins scored 14 points, with 5 assists. His teammate, Jahsief Benjamin, scored 10 points. In the second game, Zayd Brannigan had 13 points and Benjamin scored 8 points. By the third game, Rawlins scored 23 points, Benjamin 9 points, and Jaalen Roberts 10 points. In game four, De'Shamoi Greaves had 16 points, with 6 steals. His teammate, Roberto Tapia scored 9 points. In the final game, Jahsheem Dawson had 18 points, JahFari Samuel had 12 points, and Khamani Olivacce had seven points.