The VI Jaguar Basketball team returned from the 2017 tournament held at Disney’s Wide World of Sports Complex with some notable accomplishments.

The team won their first game against Florida to advance to the 24 team International Varsity bracket. Fifty teams arrived in Orlando for the 2017 tournament from across the United States, Puerto Rico and Columbia. The VI Jaguars completed the tournament with a 15th place finish, and defeated a Chicago team along the way. Veterans Devonte Callwood, Khamani Olivacee and Nekwante Sprauve led the way, with Elijah Peltiner being the standout on defense.

The entire VI coaching staff is proud of the hard work and improvement of the team since it began practices in September of 2016. Commitment, team work and understanding opposing offensive and defensive strategies was stressed to the players all season. In its sixth consecutive year, the program has provided instruction to close to 100 children from the Territory.

04/12/2017 - The VI Jaguars defeated the Chicago Avalon Runners 37 - 20. High scorer was Khamani Olivecee with 12 points and 3 assists. Devonte Callwood had 7 rebounds. The Jaguars play Chicago NBN today at 12:45 pm to qualify for the consolation championship. Small Fry Basketball will live stream all the games on their Facebook page.

04/11/2017 - The Chicago Heights Basketball team beat the VI Jaguars  55 - 35. Myles Walton tallied 14 points with 16 rebounds and Ray Austin added nine points for the Streaks, who gained a scoring advantage in every quarter. St. Thomas got 12 points from Elijd Peltier and 10 markers by Nekwante Sprauve.

04/11/2017 1:30 pm - Watch the VI Jaguars Basketball team play the Chicago Heights team live on Facebook. The game will be available even after the game ends in case you missed it.

04/10/2017 - The 49th Annual Small Fry Basketball Tournament starts today April 10, 2017. The VI Jaguars will compete in the tournament. There first game is this afternoon. Small Fry Basketball will post updates on there Facebook page. Kindly like their page to receive updates during the tournament. Also like the Caribbean Rose facebook page to show your support to the VI Jaguars and Caribbean Rose. 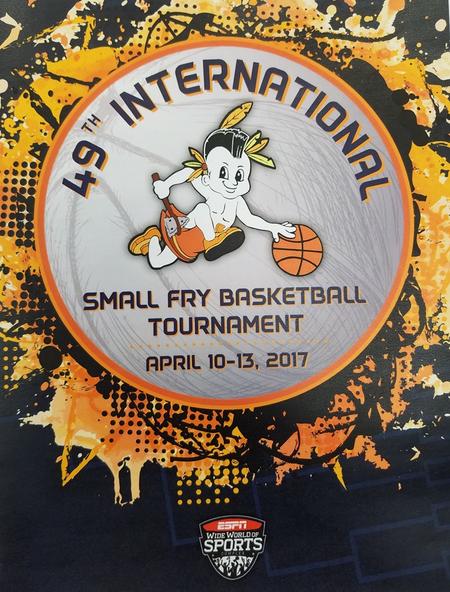