Caribbean Rose would like to highlight alumnus Tremoi Martin. He played on the 2013 V.I. jaguars Basketball Team which won the International Small Fry Consolation Championship. He currently attends the Charlotte Amalie High School where he is a point guard for their basketball team. He currently studies Marine Biology. 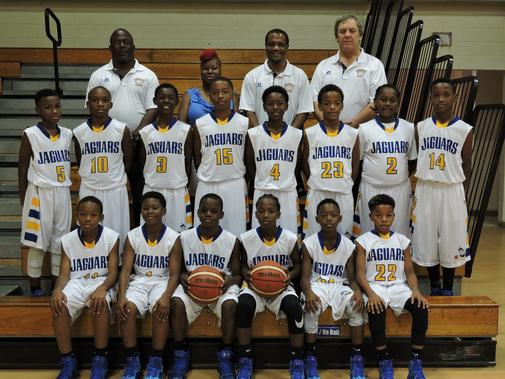 Caribbean Rose would also like to highlight alumnus Jourdyn Rawlins. He played for 4 seasons starting in 2012. Making him the current longest active player in Jaguars history. In 2013 his team played in the Small Fry Consolation Tournament Championship in Orlando, Florida. He moved to Lima, Ohio in 2016 where he currently plays basketball for the Lima Spartans.  He currently has a 4.203 GPA. Here are some other accomplishments of Jourdyn Rollins:

- He traveled to Puerto Rico March and June 2016 with the Blazers and top scored in the June 2016 Championship game against Mexico National Team with 35 pts.

- Played for Bertha C. Boschulte Middle School Burning Blazers JV Flag Football team and was on the championship team for the 2015-2016 Season.

- Travelled to Georgia in April 2016 to play with AAU LA4 Team from Tampa, Florida.

- Traveled to Tampa, Florida with My Island Ballers AAU Team.
- Was on the Dream Chasers Milt Newton Tournament Summer 2016 Championship team in St. Thomas, VI.
- Attended the Lima Science and Technology Magnet Middle School.
- Played Middle School Tackle Football for Lima Spartans during the 2016-2017 Season and won the championship.
- Member of the Track and Field for the Lima Spartans Middle School during the 2016-2017 season.
- Completed a documentary on cancer at the South Science and Technology Magnet School 2017.
- Played for the AAU Basketball team Northwestern Ohio in 2016.
- Traveled to Belgium, France and the Netherlands Summer 2017.
- Freshman at Lima Senior High School in Lima, Ohio.
- First freshman ever to start for the Lima Senior Spartans.
- In first Lima Senior Varsity Basketball Game made overtime winning shot. 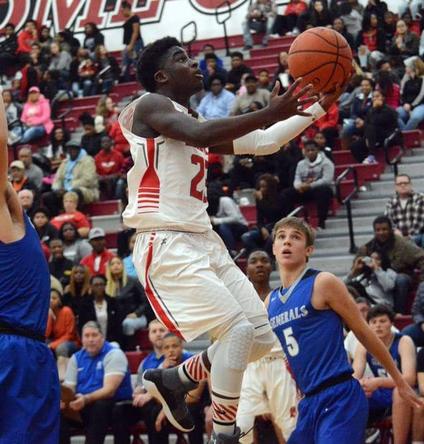 Caribbean Rose would like to highlight alumnus Isaiah Harvey. His basketball career began as a member of the 2013 V.I. Jaguars Small Fry Basketball Team.

He moved to Chicago, Illinois while in high school. He made the big move when he was a sophomore, leaving his home in the United States Virgin Islands to live with a family friend in Chicago to attend St. Laurence High School. "When I first came here, it was hard," Harvey said. "Basketball is a lot different here. Everybody is a lot faster. I've adapted to it now, though."

Isaiah was ineligible his sophomore year after moving, so he had to sit out the year, and it took him a bit to get his feet wet," St. Laurence coach Jim Sexton said. "Last year, though, he really started to feel it. Isaiah Harvey led the St. Laurence Vikings to an IHSA 2018 Regional Championship in the Illinois state playoffs. He also received the 2018 Chicago Sun-Times All-Area and Chicago Catholic Conference League Honors. 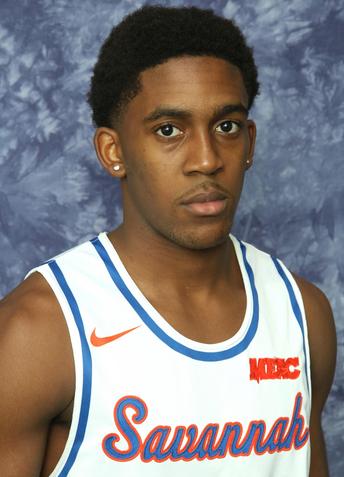 Caribbean Rose would like to highlight alumnus Terrell W. Lake. He is currently a student-athlete with the University of the Virgin Islands (UVI) Buccaneers Basketball Team. His interest in sports first began at the young age of 9 when he started playing basketball at the Joseph Sibilly Elementary School. Since that time, he has participated in various basketball leagues and tournaments in the United States Virgin Islands (USVI).

In 2012, at the age of 12, he was afforded the great and unique opportunity to be apart of the 2012 V.I. Jaguars Small Fry Basketball Team. Although his time with Small Fry was short, it was his first real opportunity to play basketball at a high competitive level. His team finished 4th place finish at the 44th Annual Small Fry International Basketball Tournament.

Additionally, he played for the Zero Tolerance Basketball Team. The team won the Turk and Cacaos 18u Invitational Basketball Tournament in 2016 and 2017. The team also won the 2017 YBOA 12GU Championship in Orlando, Florida.

From 2014 through 2017, he attended the Charlotte Amalie High School (CAHS) and played junior and varsity basketball there. He relocated to Jacksonville, Florida after the USVI were hit with Hurricanes Irma and Maria in September 2017. He played varsity basketball for Arlington Country Day School. In January 2018, he moved to Durham, North Carolina and attended the Mount Zion Christian Academy (MZCA) to complete the second half of his senior year. At the MZCA, he played on the Warriors Post Grad Basketball Team. Playing against other teams and junior colleges were difficult but a welcomed challenge of play. 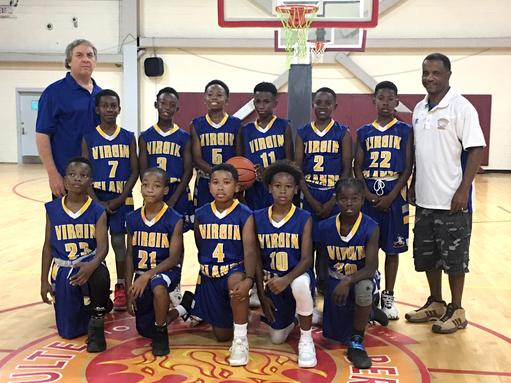 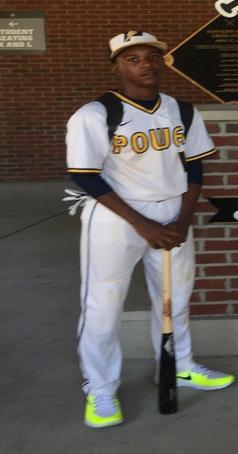 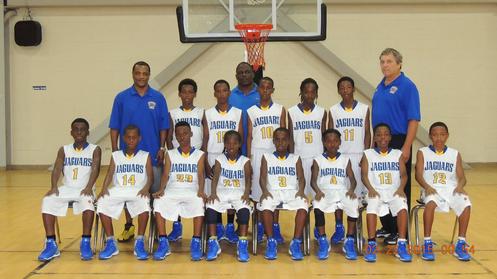 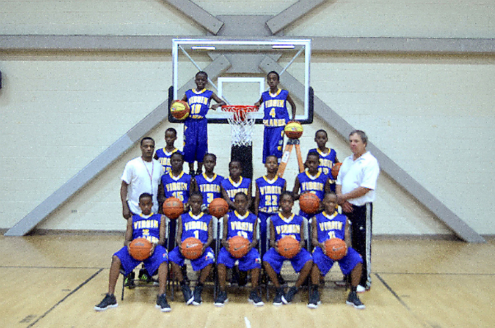 Caribbean Rose would like to highlight alumnus Collins Joseph. Collins played two seasons with the V.I. Jaguars (2012-2013), one of the best teams in V.I. Jaguars history.

We are proud to announce that as a Freshman at Savannah State University in the Mid-Eastern Athletic Conference (MEAC), he was recently named to the MEAC 2018-19 All-Rookie Team. All MEAC head coaches and sport information directors made the All-Rookie Team selections.

After Small-Fry, Collins attended New Faith Christian Academy in Riverdale, Georgia. On December 1, 2017, he scored 50 points in one game and was a McDonald’s All-American nominee that same year. Upon graduation, he received an NCAA Division I 4-year scholarship from Savannah State University in Georgia.

Collins Joseph was named the MEAC Rookie of the Week on November 14, 2018, and was Savannah State’s scoring leader in two of their first three contests that week. He also scored 20 points and had four steals in his collegiate debut against Texas A&M. He also scored three points and dished out three assists against Georgia and scored 19 points while making 6 of 9 shots from the field and 3 of 4 of his 3-point attempts versus Middle Georgia. 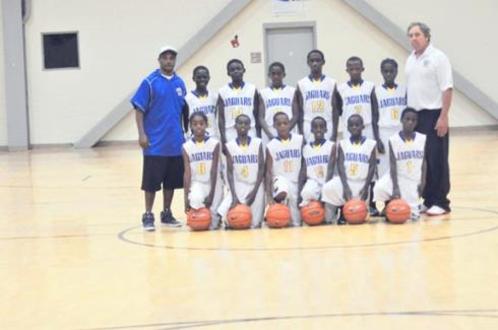 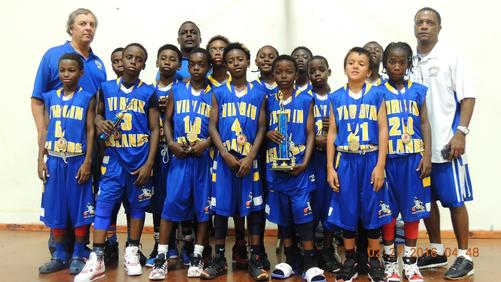 A member of the 2014-2015 Jaguar team, Dwayne Maduro has also made a successful transition to playing high school sports.  Maduro attends East Ridge High School in Clermont, Florida, where he is the starting point guard on the JV team.  Maduro also stars as a second baseman, both for his high school and for the Power baseball Travel Team in Orlando, Florida. 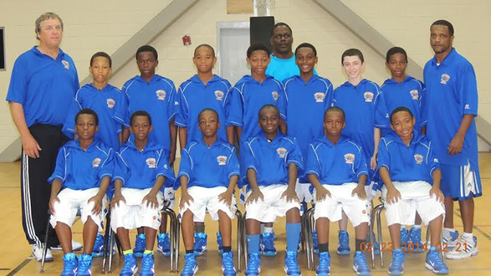 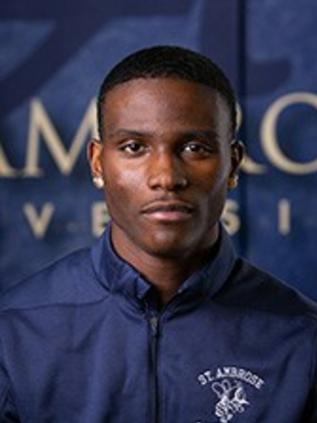 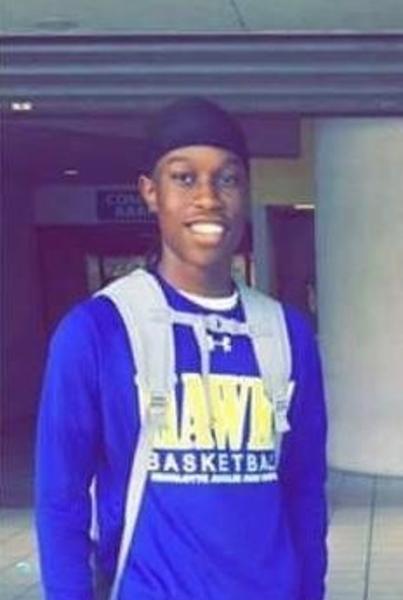 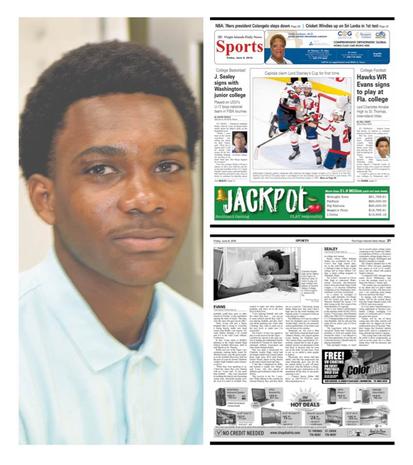 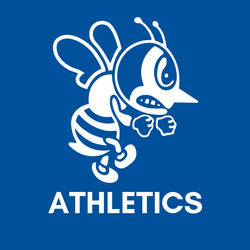 Caribbean Rose would like to highlight Alumnus Raekoi Evans. He played on the 2013 V.I. Jaguars Basketball Team. Most notably the 2013 V.I. Jaguars Basketball Team defeated the Glenbrook Small Fry Basketball team, 59-31, to win the Consolation Championship at the 45th Annual International Small Fry Tournament in Orlando, Florida. While in high school Raekoi Evans decided to play football. During his senior season, he signed a letter of intent to play college football at Edward Waters College in Jacksonville, Florida. Anyone call following Rakoi Evans by visiting his facebook page at https://www.facebook.com/raekoi. 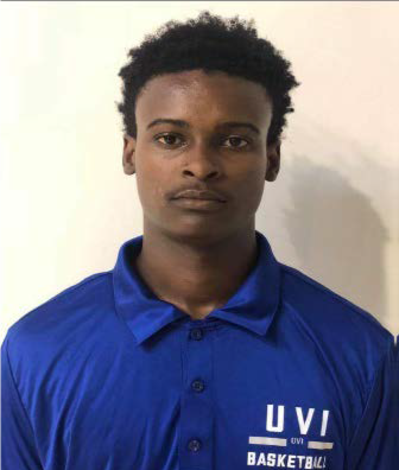